So, after being persuaded to ‘go diesel’, is it now the time to consider going electric? – what are the options? And is it really a practical solution for you and your life style?

Things to consider if you’re thinking of choosing an electric car. 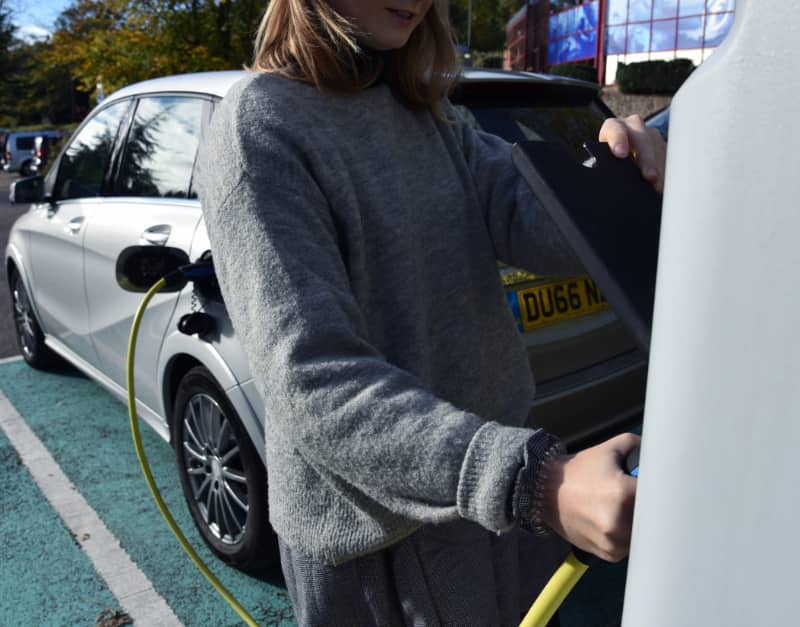 How much do electric cars cost to buy?

Buying an electric vehicle isn’t cheap at the moment – even with the UK government giving away subsidies to vehicle manufacturers, the purchase price is still much higher than conventional internal combustion engine cars. This is mainly due to the extra Research and Development going into the evolution of electric vehicles, and the expense of lithium-ion batteries.

Long-term, battery prices are dropping fast and the mass adoption of EV’s (Electric Vehicles) will drive down costs year-on-year. New technologies such as solid-state lithium-ion batteries, which the VW Group are pinning their hopes on after ‘Diesel-gate’, will make electric cars even more viable. The car industry is making considerable investment in alternative fuelled vehicles and are looking to shift as many EV’s as possible. Both the Government and manufacturers are offering many incentives to switch to cleaner low emission electric vehicles, now could be the ideal time to consider a greener way to drive?

If you’re worried about technology and resale values it may be worthwhile looking at leasing, or a personal contract hire for an EV, rather than outright purchase. For the business owner, company car driver or fleet manager the EV route could be a real winner. The benefit-in-kind (BIK) tax rates for these vehicles is much lower, especially for pure electric cars. Plug-in-hybrids are less generous than they were, however still much better than a conventional car. The capital allowances for companies purchasing low emissions vehicles is still very generous, as is the cost of installing electric vehicle charging points at places of work.

The first Nissan Leafs appeared in the UK in 2011, this means there are plenty of used cars appearing in the second-hand market. As with all used cars the price will be driven by the mileage and overall condition of vehicles. Many second hand electric cars in the market will have come from leasing companies – who stipulate the servicing intervals – hopefully they will have been checked regularly. Other electric cars on the market will either have been owned by ‘Early adopters’ or those interested in minimising their carbon footprint, so, potentially they will have been driven around fairly sedately – eking out the maximum range per charge! 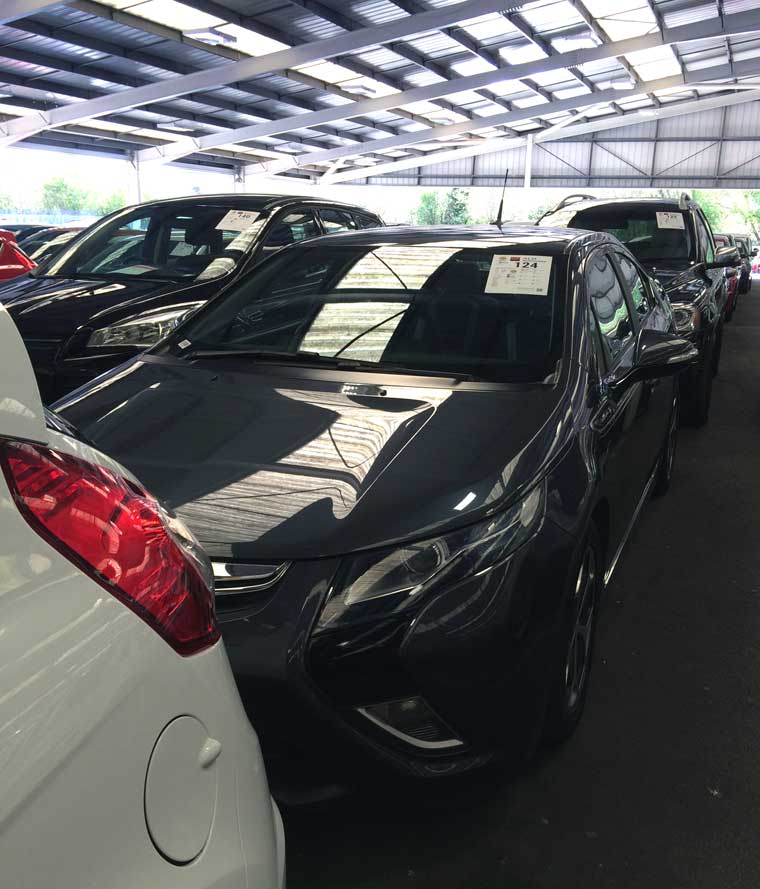 Battery longevity; reports from manufacturers, such as Nissan, are claiming that battery life is standing up well. Overtime batteries will start to degrade and this decreases their available range. If you are considering buying a second hand Nissan Leaf it’s worth looking at the battery capacity bars when fully charged. Most manufacturers offer long five to eight year warranties, making buying a two or three-year-old electric car a fairly safe bet. If you’re really concerned about battery life, buying something like a Renault Zoe with a battery that is hired could be a better option. Renault rent their batteries and you pay on a monthly fee basis, worked out by your annual mileage. Should the battery fail, or drop below 75% of its original capacity during your ownership, they will replace it. Although this sounds good, it’s worth noting that the savings you make on EV ownership are somewhat mitigated by the battery rental charges. And it is not just Renault that offer battery rental schemes, some Nissan Leafs in the second-hand market also have rented batteries.

Mechanically EV’s should have less issues than conventional cars, as there are far less moving parts in an electric motor – when did you last have to service the motor in your vacuum cleaner? That said, you’ll still need to keep your brakes, tyres and running gear in order, and manufacturers still seem to stipulate servicing regimes based on internal combustion engines, even though there’s no engine oil, plugs or filters to be consumed. It’s important to keep your servicing up to date and within warranty conditions, just in case something does go wrong. If you’re buying a second-hand electric car, always check that it has been serviced properly by a main dealer and at the right time. Until EV’s become more mainstream, taking an electric vehicle to your local garage isn’t really an option

It’s a good idea to be aware of any electrical or software issues that could be a problem as EV’s age. Do your homework on EV forums, such as SpeakEV, so that you are aware of any potential known problems and fixes. There’s an enthusiastic EV driving community and tapping into this knowledge is well worth it if you’re considering the second-hand EV route.

Electric cars practicalities – have you got off-road parking?

To get the full financial benefits of electric car ownership charging at home is a must. So, there’s one key point to consider before you read any further – do you have off-street parking? If not, you’re probably better off with a non-plugin hybrid car. Why? Trailing electric cable across the pavement is a ‘no no’; not only is it a trip hazard, it’s very easy to damage the cable which could end in a nasty accident. Unfortunately, as of half the UK car owners don’t have off-street parking, until an alternative means of charging is devised, pure EV vehicles aren’t an option for them.

Charging electric cars at home – what do you need? 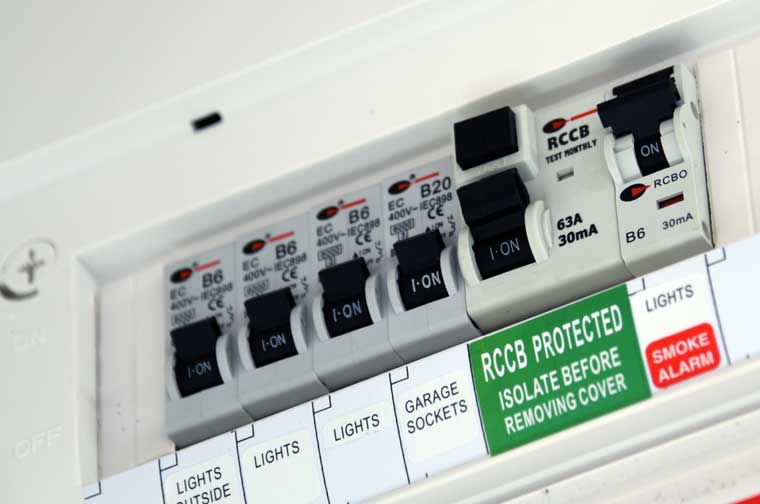 Okay, you’ve got off street parking! Next hoop – have you got a suitable space to locate a charging point? And does your existing household wiring, consumer unit (fuse box) have the capacity to add an extra 32-amp or 16-amp circuit? Time to find a suitably qualified electrician, hopefully they should give you the answers and advise on the maximum output charger you could install.

What do EV charger points costs to install?

At the moment, there are grants to install chargers, currently they cost around £500 with the government grant, dependent on the suitability of your current wiring. How far your charge point is from the consumer unit could affect the installation costs too. Talking to your local electric car dealer would be a good place to start to get a feel for the costs, and potential incentives to install a charger.

Another thing to consider is where you store the cable when not charging. Putting the cable back in and out of the car every time you charge it is a real pain, they are difficult to coil, get dirty and wet in winter and then take up space in the boot. I’ve found the best solution is to have a second cable permanently connected to the charging point, with the cable which came with vehicle – which isn’t usually long enough anyway, stored in car, for those occasional ‘away from home’ charges.

How long does it take to charge an electric car?

Most EV owners tend to charge at home overnight, a 220/240 volt 16-amp charging point will take approximately 6/8 hours flat to full, and a 32-amp charging point can charge an in around 3½/5 hours – be warned – some electric cars are not capable of being charged up quickly! Make sure you check. Charging from a standard 13-amp is an option if you’ve an outside socket, but this will extend the charging time to 8 to 12+ hours. Charging times can be much longer if you’ve a car with a large capacity battery. 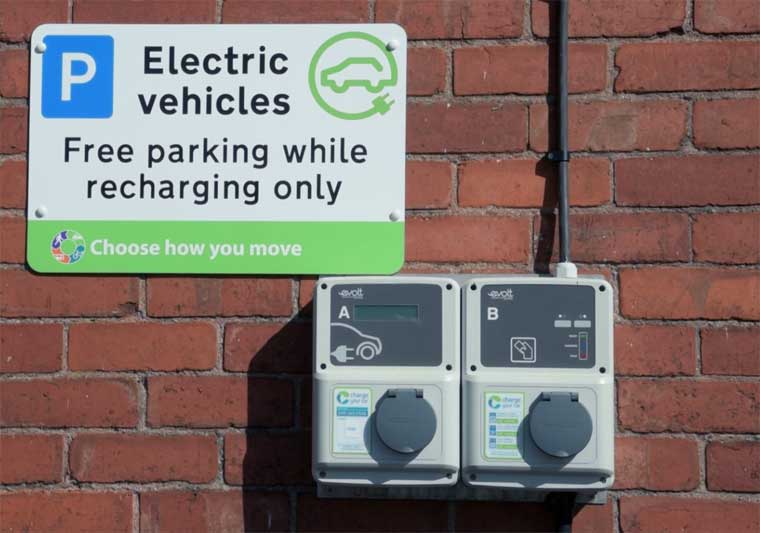 Remember to plug it in – getting into the electric driving habits!

Forgetting to plug in your car can be a real pain, especially if your car has a range of less than 100 miles, which most do. It’s amazing how relatively short journeys clock-up, inevitably you’ll get the call to pick up someone, or need to pop to the shops. Only to find that you haven’t plugged in the car and it’s only got 10 miles left and going to take hours to charge up! Getting into the habit of plugging in your EV is a must – if you’re constantly forgetting to charge your mobile phone, then an EV may not be the best choice for you. If you’re good at remembering to charge your phone then it is really easy to get into the habit a charging a car, and a lot less hassle than having to fill up with fuel at the garage.

Simple Ways to Choose a Bike